With a particular interest in the impact across the life course of decisions made within systems that can cause long term harm, I was honoured to receive this submission of someone’s story on just this. What shines through in this personal account is a determination to overcome the wrongs encountered and the potential of healing through education. 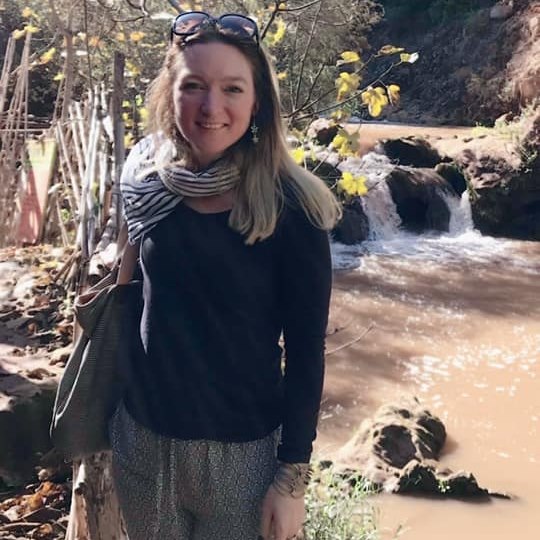 Exclusion is not always about behaviour; it can be because of physical space and access. Exclusion from education can have implications way beyond the classroom, my story is a narrative that highlights not only how we may be failing our children who are looked after, but how that failure can implicate future opportunities across the life-course.

My story starts when I was 12 on a Friday. I was removed from my home by two police officers and taken to the local childrens home where I was met by an out of hours social worker who told me that this was where I would be staying until at least Monday. My home was not a happy one and I have no resentment from being removed from that setting. I had no involvement from social services prior to being removed.

On arrival I was taken up to a room in the home, given a nightdress and toothbrush and told that someone would talk to me in the morning. The next morning no-one came to get me from my room, and I had no idea on what I was supposed to do? Was I supposed to go downstairs? How did I get breakfast? Where was the bathroom? what about school? These questions and explanations would have helped make my first night a little less scary.

I never left the system, luckily the childrens home I was placed in was near my school so that was one less change that I had to endure. During school I was targeted due to my family and the context of what had brought me into the system. It was decided that I would need to be moved for my safety. I was going into year 9 and wanted to do well in my GCSE’s so I requested that I be put in the lower year. This was a agreed with the educational welfare officer and I moved to a new school into a lower year group.

Several placements moves later, and my education had fallen to the wayside and I had not attended school regularly since about the age of thirteen. My health was suffering, and school was a very low priority. My weight and behaviour deteriorated, and it was agreed that I needed a more ‘therapeutic’ setting. This was provided by a private Mental health setting that was essentially a secure unit, that was out of my local authority’s area.

There was no school in this provision, only a classroom. The teachers were supposed to set work provided by the schools, but as I was a child in care and had not attended for a couple of years, I was given colouring in. Social workers did not prioritise my education, I was essentially out of sight out of mind. I spent three and a half years living in this very inappropriate setting. This was not just my perception but the conclusion of all the people who had stake in my care.

I was held against my will at this setting until I was 18. Social services did look at different settings and I wanted to go to a boarding school with a residential provision in Somerset, but this was denied as health, education and social care could not agree on funding. I was collateral damage of a funding system even in crisis then.

I stayed in this setting until my care order was discharged at 18 and then subsequently discharged myself against medical advice. I spent my time sofa surfing and my social worker left and was not replaced. I then needed the assistance of social services, only to be told that I was another authorities problem and my named authority refused to support me citing the fact that I was now an adult.

I then tumbled back into the mental health system and remained there until I was 19. On discharge I was provided with accommodation and wanted to re-start my education, only to find out that my benefits and age meant that I was unable to go to college to complete GCSE’s full time as I was 18 and not 16. I could get funding for A levels but needed GCSE’s to get on the course, so was effectively excluded again from my education.

Luckily, I managed to apply and get funding for an Open university course and completed two of these courses part time before going to work in social care. I was always dubious about putting qualifications on my CV and application forms as it always opened up questions about why I had left school. Luckily, I had built up several work based training courses to hide the lack of qualifications and this never held me back at this level of work.

Once my children had been born and I was in a more secure living situation, I was able to go and do my level 2 qualification in maths and English. This allowed me to apply to study social work, something that I had always wanted to do.

Upon getting two unconditional offers to study social work at university. I applied to student finance, only to be told because I had completed two part time higher qualification courses that were linked to a qualification ( a certificate) that I was only able to access two years of funding to complete my degree rather than the standard four. This has meant that I have had to take out a loan of £9250 just to be able to access education again that I was essentially denied as a teenager. In addition, in the eyes of the university I am not considered a care leaver as I am under the age of 25, so was unable to access any of the funds aimed at supporting care leavers in education.

I have done exceptionally well at university and despite my adverse childhood I am hopefully on track to achieve a first-class degree. I would like to continue my studies after qualification but as I will still be paying off my loan, it will be a few more years yet.

This is just to say that educational exclusion can have lifetime ramifications and can impact individuals long after the mandatory school finishes. I have carried my lack of education on my shoulders for far too many years, but we need to focus on educational exclusion among the life span for looked after children and adults. I will forever be playing catch up, we need to allow unlimited access to Student Finance and loans to children who have had the experience of care, I believe that this is the least we can do for children who have had their education impacted by where they live and placement moves.

If you would like to share your story of exclusion, please use the ‘submit your story’ button in the menu. You can be anonymous if that is your preference…